This is a simple, quick tweak that you may or may not even agree is useful (and may even believe harms your computing experience). First, allow me to present this tweak (visually): 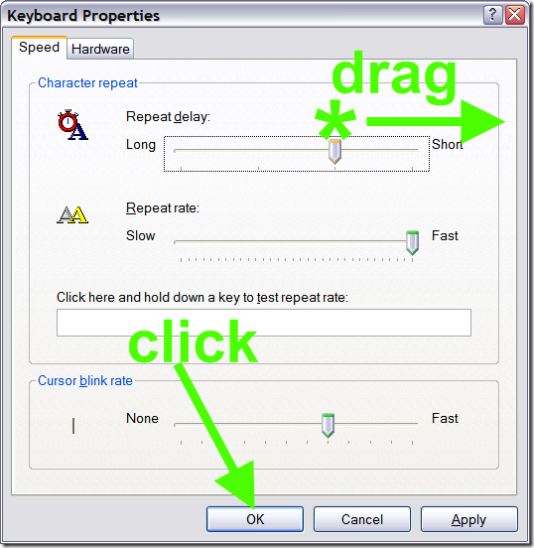 By default, Windows (every Windows I can remember, all the way to Windows 95 and possibly further back) sets the keyboard repeat delay to the third peg out of four. While this is probably the safe choice when deploying to a billion PCs, it's not the best choice for me. I don't need to slow down my keyboard; I don't have rickets (yet).

If I'm not being clear enough, the keyboard repeat delay determines how long you need to hold down a key before Windows registers this as 'repeating input.' Bah, this is best done by example. 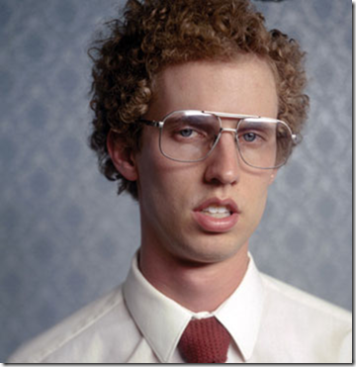 The question is: how long did it take before the second "s" appeared on your computer? Half a second? I say to you: that's half a second wasted!

Lowering the keyboard repeat rate allows that second "s" to appear almost instantly! Because you're saving half a second at a time, this would seem like a trivial thing, but let me tell you: it makes a difference. You'll find yourself using the arrow keys and the "CTRL plus arrow keys" more. You'll tab through form fields by mashing your greasy thumb on the TAB key. You'll stop tapping on the keyboard so much. You'll grow an air of smug arrogance. Yes--all this can be yours!