Looks like I’m way under my target productivity for the year. Numbers don’t lie.

Also as an extra bonus measure, in my 2011 productivity screenshot, you can see that I have a failing build on two entirely different CI systems. That has to apply some kind of bonus multiplier on all the dead web servers.

I also feel the need to point out that terminating web servers naturally removes the tray icon as expected. You only get a killing field of web server tray icons if you are doing something unnatural. 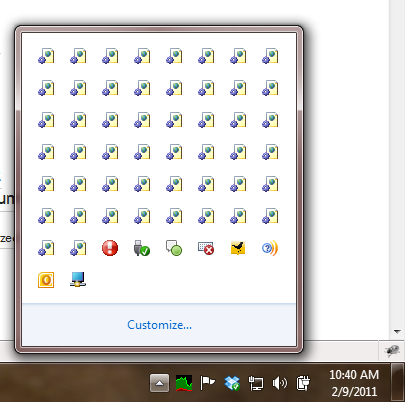